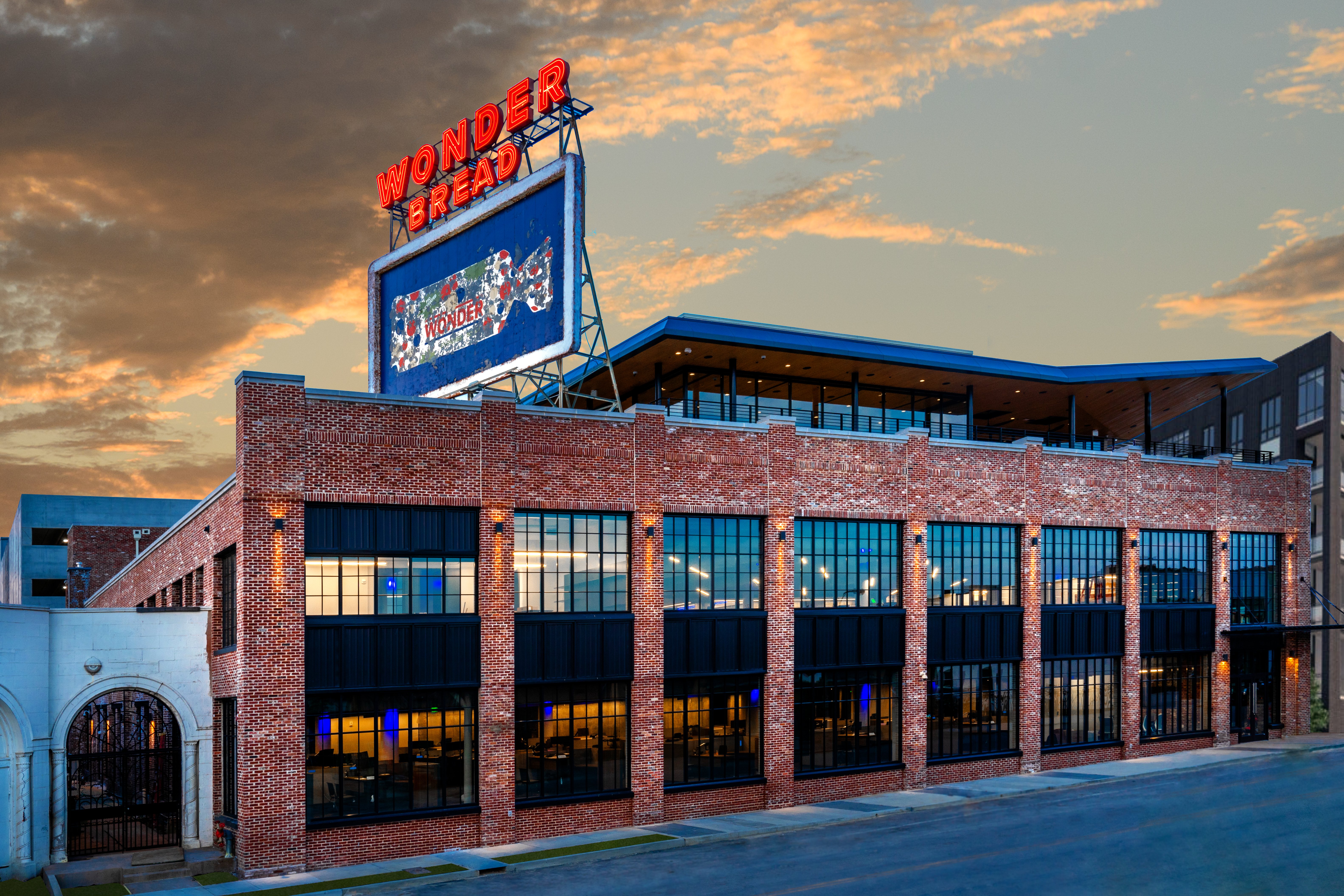 Photo by Creation Studios of Memphis

Orion’s decision to move to the Edge District was an intentional effort by the Orion Board of Directors and executive team to address long-term blight and drive economic development in Memphis. The search for the Orion headquarters site was extensive, covering all areas of the city.

“When considering a new location for our headquarters, we saw an opportunity to benefit Memphis and the communities we serve,” said Weickenand. “A strong city core can create a ripple effect for development and energy throughout the region. We’re proud to be a part of that with this move.”

Orion FCU’s Chairman of the Board, Andre Fowlkes stated, “The location in the Edge was chosen when the Orion leadership agreed that the organization could strategically position their corporate headquarters to anchor a historic Memphis neighborhood, end blight, spur commercial and residential growth, and reinforce a critical connection between the Medical District and Downtown Memphis.”

The Orion headquarters move is a powerful catalyst for change in Memphis. Since Orion announced its plan to be the cornerstone corporate tenant of the Edge District in 2017, several companies and developments have also announced expansion plans in the area.

“Memphis has momentum, and with this project, Orion is helping to play a large part in that,” Mayor Jim Strickland said. “It’s exciting to watch this kind of development progress because it spurs others like it. I remember driving through this area prior to construction and to see it now with everything else going up around it is proof of that.”

Nearly 150 Orion employees will move to the new building from Orion’s former location at 7845 Highway 64.

“It’s a win for our city when large or small companies and non-profits make business decisions based on corporate social responsibility to our city and our community. We felt it was important to evaluate the return on investment to Memphis and our membership. Memphis is our home, and we want to see it grow, develop, and evolve,” stated Weickenand. 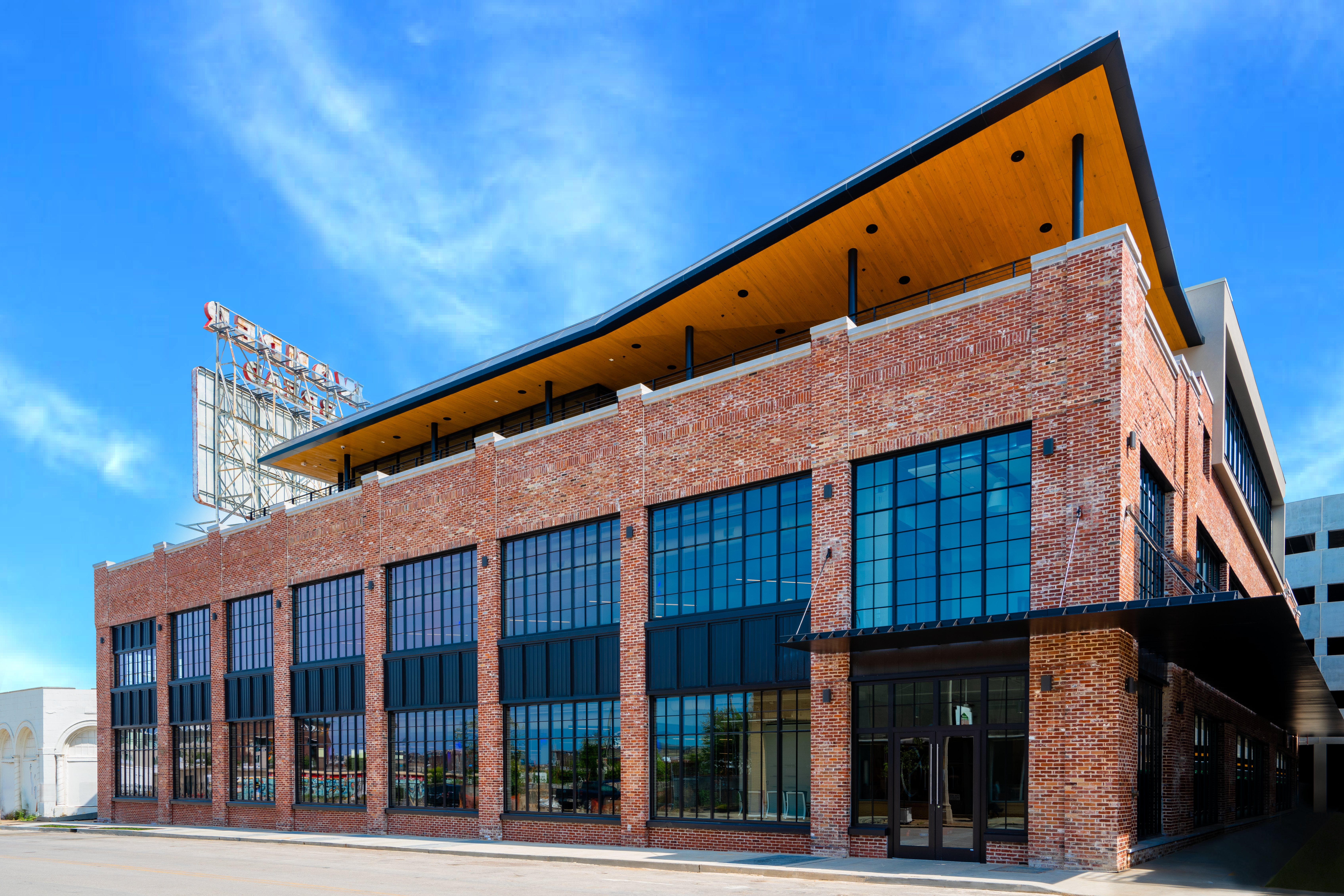 Photo by Creation Studios of Memphis

The Wonder Bread factory has been vacant since 2013, making the stretch of Monroe Avenue near the building and several surrounding properties a visible eyesore that could be seen from high-traffic areas including Downtown Memphis and Sun Studios. Instead of tearing down the factory and leveling the block, Orion chose to keep the original shape and bones of the building and add a third story. A new, period-appropriate exterior façade is made of reclaimed bricks from the original structure.

“We see Orion’s move into Downtown Memphis as more than an obvious sign of their commitment to our city. We also see it as a signal to others that Orion - this progressive, forward-thinking enterprise - sees real value in being in the Edge neighborhood of Downtown. Orion isn’t just excited about the changes happening in our core city, they are helping to create them,” said Jennifer Oswalt, President and CEO, Downtown Memphis Commission.

The Wonder Bread building was built in 1921, and for many years its sign has been iconic in Memphis. While the building has been updated with secure and modern specifications by architectural partner Looney Ricks Kiss, the sign remains in place and has been restored with updated lighting.

The historic “Cadillac Building” adjacent to the Wonder Bread site at the corner of Danny Thomas and Monroe will also stay in place, with renovations planned in the future for the building and parking lot that serve as the entry to the Edge District.

This is the second commercial development Orion has selected specifically to address blight in an area of Memphis. In 2017, a Silver LEED Certified branch was completed across from Le Bonheur Children’s Hospital on an abandoned brownfield site that was once a gas station.

Orion has been a dedicated local partner for more than 60 years thanks to the support of its members. A core belief in community has driven the company to pay that support forward and invest in a better Memphis.

Founded in Memphis in 1957, Orion Federal Credit Union has grown to more than 72,000 members and $880 million in assets. Orion recently expanded to Little Rock, Arkansas, and offers a full spectrum of banking options ranging from savings and checking accounts to home, auto, personal and commercial loans. https://orionfcu.com/