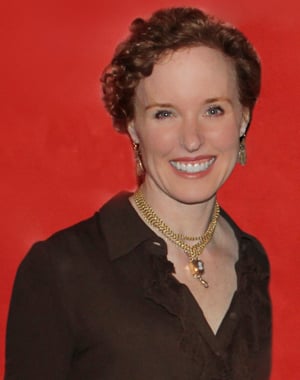 The Greater Memphis Chamber announced today the addition of Nancy Coffee as the new Senior Vice President of the Chairman’s Circle – a group of visionary, civic-minded business leaders committed to moving Memphis forward with a clear and focused growth agenda designed to create more economic prosperity and improve the quality of life in the Greater Memphis region. Coffee will officially assume the role Tuesday, September 3rd.

“Under Beverly Robertson’s great leadership, Nancy is another incredible addition to the Greater Memphis Chamber team, embodying the spirit of tireless advocacy on behalf of our city and its business community to which we all aspire,” said Greater Memphis Chamber Chairman Richard W. Smith. “The credibility she brings to our Chamber as the voice of business in the Greater Memphis area is second-to-none, and I have no doubt that her experience, her tenacity and her strong voice will be an enormous boost to our collective efforts to drive the economic agenda here.”

Coffee is currently President Emeritus of New Memphis, an organization that works to attract, develop, activate and retain diverse talent for a more vital and prosperous Memphis. She rebranded the organization from Leadership Academy to New Memphis Institute, and has created initiatives and programs to engage mid-career high performers (the Fellows), young professionals (Embark), college students (Summer Experience) and people newly relocated to Memphis. She joined New Memphis in 2003 from ArtsMemphis where she was Vice President. Prior to moving to Memphis, Coffee was Program Officer at the Council on Foreign Relations in Chicago. Her work in international affairs landed her on the cover of Newsweek as the face of “Generation Global.” She began her career as an Account Exec at Leo Burnett where she played a lead role in the agency’s innovation initiative and the launch of Tony the Tiger for Kellogg’s Frosted Flakes in China.

“We have had great leadership and participation in the Chairman’s Circle from the inception of the idea several years ago until now,” said Beverly Robertson, President & CEO, Greater Memphis Chamber.  “With Nancy’s sphere of influence and relationships, we have the opportunity to engage the Chairman’s Circle in ways that will allow members to serve as catalysts for change; particularly in the areas of economic development, workforce development and public policy.  Nancy is the right person, in the right place, at the right time.”

“Nancy’s many years of leadership experience and engagement within the Memphis community makes her a perfect fit to lead our Chairman’s Circle.  She will work with our membership to accomplish our key objectives and lead efforts on important business issues that support the overarching mission of the Chamber,” said Chairman’s Circle Chair, Spence Wilson, Jr.  “Nancy will ensure that our membership is engaged with one another and that the value of their investment in the Chamber is realized while she helps us move Memphis forward.”

Coffee received her B.A. in Government from Dartmouth; wrote her undergraduate thesis in political economy at London School of Economics; and received her M.A. with highest distinction from University of Chicago. She was named to the Memphis Business Journal’s Top 40 Under 40 and selected for its inaugural Superwomen in Business award. She is also a recipient of the Thomas W. Briggs Community Service Award.

“It’s a privilege to have the opportunity to serve Memphis alongside the visionary, dedicated leaders in the Chairman’s Circle as we chart the course for our city’s more prosperous future,” said Coffee.

Coffee is an active ally for those pushing the city forward and volunteers her time as an advisory board member for the Fogelman College of Business and Economics, Memphis Fourth Estate, and New Leaders Memphis.

Not yet a member of West Tennessee's most connected business organization? Learn more about the benefits of membership here or join online.