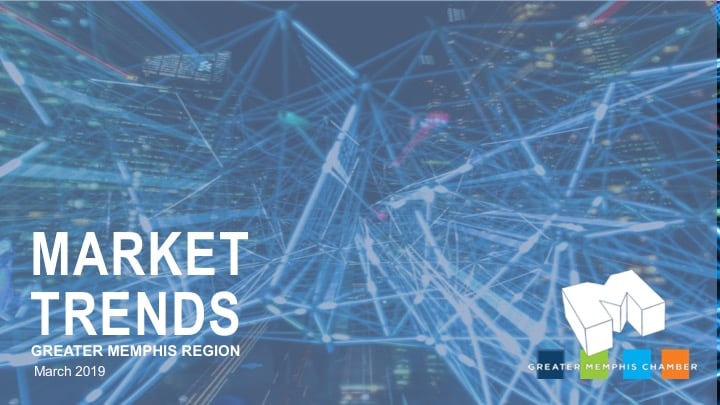 On the heels of a Bloomberg report that put Memphis at the top of metro job growth in January 2019, newly revised jobs data reveals stronger growth for the Greater Memphis MSA in 2018 than previously reported. For the 12 months ending in January 2019, job growth in Memphis outpaced New Orleans, St. Louis, Louisville, Indianapolis and other similarly-sized cities.

Among other highlights, 2018 represented the second largest job expansion within the region's labor market since the end of the recession, according to Chad Matheson, VP of Business Intelligence at the Greater Memphis Chamber. 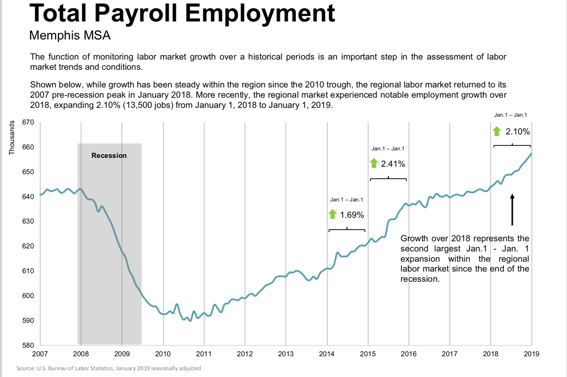