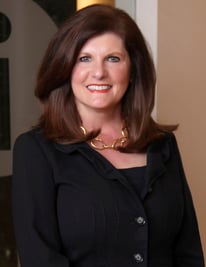 “The only thing I said I’d never do was banking because my mother was a banker, one of the very first women to be made a bank officer in her company,” Susan Stephenson once told a reporter.

Not only was Susan Stephenson the first female to be named Chairman and CEO of a bank in the state of Tennessee, in 1998 she has co-founded Independent Bank of Memphis. Today Independent Bank has nine locations, nearly 200 employees and more than $800 million in assets and over a $100 million in capital. It is also the second largest bank in Shelby County.

In addition to being a stalwart of the Memphis business community, Susan has worked with numerous community groups and has shaped many important civic organizations in Memphis as well. Susan is the past Board Chair and member of the Executive Committee and Board of New Memphis, a past Chair of member of the Executive Committee and Board of the Women’s Foundation for a Greater Memphis, Treasurer and Trustee of historic Elmwood Cemetery. She is a member of a member of the Baptist Women’s Hospital Advisory Board, and a member of the St. Louis Federal Reserve Board. Dudley has served on numerous boards in both Tennessee and Arkansas and is currently serving as the Board Chair of the Family Safety Center, as well as serving on the Board of Directors of the National Civil Rights Museum.