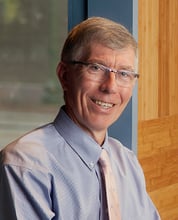 Harry Pratt, III is President and Chief Executive Officer of Allen & Hoshall, a full-service architectural-engineering firm with over 105 years of experience in the Mid-South.

Since 1915, Allen & Hoshall has worked with a wide range of clients. The firm’s handiwork touches a variety of projects around Memphis and Shelby County including the Memphis International Airport and the FedEx Hub as well as award-winning projects such as the Main to Main Multi-Modal Project including Big River Crossing and the Methodist University Hospital Shorb Tower.

Pratt joined the firm in 1975 when there was only one office located in midtown Memphis. Today Allen & Hoshall has some 100 employees located across seven offices in Tennessee and Mississippi.

With strong roots in Memphis, Harry has dedicated his career to Allen & Hoshall and was elected President of the employee-owned company in 2015.  He is Allen & Hoshall’s senior aviation engineer and one of the top airfield engineers in the country, having managed over 100 FedEx projects at the Memphis International Airport and throughout the United States.   Other noteworthy roles include serving as the Technical Program Manager of the Main Street to Main Street Multi-Modal Connector Project and Project Manager for the Memphis Fairgrounds Redevelopment Project.