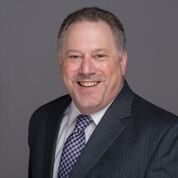 Rosenfeld has more than 30 years of experience in transit as an executive, strategist and advisor. Prior to joining MATA, he was responsible for the nationally recognized transportation programs at Yosemite National Park.

Some of his major accomplishments during his tenure at Yosemite include having the first 100 percent diesel electric hybrid transit fleet in the nation, receiving an environmental achievement award from the United States Department of the Interior for reduction in the consumption of petroleum fuel, having 100 percent of the Park’s motor coach fleet and transit fleet meeting ADA requirements and proposed passenger safety requirements, and ensuring that the Park’s Passenger Transportation Program became 100 percent certified as clean diesel and clean idle.

Prior to joining Yosemite National Park, Rosenfeld also was employed 17 years at Laidlaw Transit Services. While there, he served in the role of Director of Operations and was responsible for more than 2,000 associates under seven General Managers providing public transit, school and charter transportation to 21 transit agencies, school districts, county offices and governing boards.