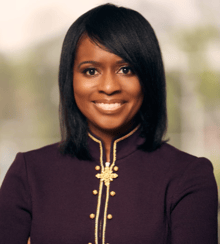 Dr. Vernell Bennett-Fairs became the 13th president of LeMoyne-Owen College in January. The Ohio native is the second woman to lead the HBCU. A trained vocalist and orator,  she dreamed of becoming the first singer to successfully cross multiple musical genres from opera to gospel. But she also aspired to become a college president. She says she was just waiting for the right opportunity.

Armed with a Bachelor of Music in Vocal Performance from Fisk, a Master of Arts in Vocal performance from Eastern Michigan University, and a Doctorate of Education in Administration and Instruction from the University of Kentucky, she began a 20-year career at Kentucky State University as a professor of voice. She discovered she could impact more students by transitioning to a role in administration. President Bennett-Fairs served in several administrative roles at KSU. Her final role being that of Vice President for Student Affairs. From KSU she became the Vice President for Student Affairs at Delta State in Cleveland, Mississippi. While working at Delta State, Dr. Bennett-Fairs enjoyed visiting Memphis on the weekends, so when she applied for the President’s position at LOC, she had already fallen in love with the city.

The majority of students at LeMoyne-Owen are from the Memphis area and most commute to campus. The college’s strategic plan is to increase recruitment, retention, and graduation rates. “I did so much research before taking this position that I was able to hit the ground running … I feel like I can be impactful here and help advance the institution.”

Recruitment efforts include “Spotlight Day Tours” where President Bennett-Fairs takes the LOC experience to students at local high schools and community colleges, introducing them to the College’s faculty, staff, students, administration, Greek life, choir and band and student leaders. To increase student retention and graduation rates, she created a new position. The Dean of Retention and Student Success uses resources and support to hold on to students. For example, in the spring, LOC will cover the expense of students’ books, so they have them in-hand before the first day of classes.

As she rounds out her first year at LOC, she’s proud of several new initiatives. August 7th the college held its first ever “Giving Day.” It was geared to donors of all levels – whether they could give $8.07 or $8,070. That’s 807, as in 807 Walker Avenue, the campus’ address in South Memphis. She’s also started LOC Days or “Loving our Community Days” featuring events like a pop-up food pantry and a community cleanup.

Since moving to Memphis President Bennett-Fairs has been so focused on her work at LOC that she hasn’t had much time to sing, only performing two times publicly in the past year, recently singing during a Sunday service at Mississippi Boulevard Christian Church. She frequently takes advantage of activities on campus and it’s common to find her attending student step shows and jumping into an administration game of kickball.  Dr. Bennett-Fairs is a member of Alpha Kappa Alpha Sorority and the Mississippi Delta Chapter of the Links.