Briggette Green is the co-founder and CEO of TopCat Masonry Contractors, LLC, a licensed and award-winning general contractor specializing in brick, block, rock, glass block, pre-cast and stone masonry services established with her husband Robert in their Whitehaven home more than 25 years ago. With the motto “brick by brick, we build your tomorrow” TopCat has constructed numerous schools, hotels, business complexes and retail stores, and counts among its previous projects the renovation of Hotel Chisca and the construction of Beale Street Landing, Hattiloo Theatre, Douglass High School, and the LeMoyne-Owen College dorms. Current projects include the UTHSC apartments and the Georgette and Cato Johnson YMCA in Whitehaven. 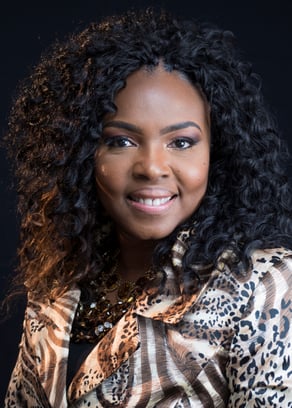 Briggette says she and Robert grew up in inner city Memphis and are graduates of Memphis City Schools during the “VICA era” (Vocational Industrial Clubs of America). Robert trained in masonry in high school while she graduated with honors and her cosmetology license. During her early career, she worked as a beautician and on a whim applied for a job as a bank teller. That’s where the story of TopCat begins. Robert performed masonry work for one of Briggette's bank supervisors, who would tell her almost daily, “with your brains and your husband’s skill, you need to start a business.” She began extensively researching what it would take to start a small business and with Robert on board, TopCat was born. That previous supervisor is now an integral part of TopCat’s Strategic Advisory Board.

During the early years Briggette continued full-time at the bank, advancing to vice president, all while doing hair, juggling parenting, and completing TopCat’s payroll at night. What kept her going? "It’s dedication, passion and the need to always be better, because there are so many trials, especially in construction. It’s a difficult industry and you have to be resilient to make it. The industry demands employees who love what they do, and we have been fortunate to have several that have been with us since our inception. We’re trying to provide our family and those we employ with generational wealth, knowledge, and job security.”

They developed a U.S. Department of Labor approved apprenticeship program, which they hope will gain traction, “because we feel when you create taxpayers, rather than tax burdens, it makes your community safer. For many years we have been working to increase interest in masonry.” This year they plan to focus on supporting organizations within the community because “we strive to continue to be a beacon of light.”

Briggette says the most influential person in her life is her husband of 36 years and counting, Robert. “He’s a God-fearing, humble, committed, and hardworking man who puts his family first.” Her family includes “two beautiful daughters, a handsome son and an adorable granddaughter.”

Briggette and Robert are both graduates of Leadership Memphis, an experience she describes as “life changing.” She says one of her most profound personal accomplishments was being recognized as Inside Memphis Business 2020 CEO of the year. “I’m delighted to be part of the Chairman’s Circle and advance the narrative to help people see Memphis differently. That’s what gives me hope. I know that behind all the unpleasant headlines, there are good things occurring. The Chamber is looking at the numbers and what we can do better. Until you pull back the curtain and say, ‘This is the problem, how can we fix it?’ and then actually do, you can’t advance. The work the Chamber is doing matters.”