Hopeworks , an organization that helps people in Memphis and the Mid-South find meaningful employment through Adult Education, Employment Services, and holistic Reentry was awarded the 2020 Chamber Quality Cup Award during their 30th Anniversary Open House that took place at their new 3337 Summer Avenue location in Memphis on August 2, 2021.  The Award was given a year later based on the Chamber site headquarters in downtown Memphis, that historically hosted the Chamber Quality Cup Award Ceremony, being closed during the Covid-19 Pandemic.  The Award is traditionally given by both the College and Chamber President’s, but neither were available to present the Award at the Hopeworks Open House due to scheduling conflicts.  Dr. Donald Fisher, Executive Director of the Mid-South Quality/Productivity Center, which is a Partnership between the College and the Chamber, presented the Award to Hopeworks.

The Chamber Quality Cup Award is presented by both Southwest Tennessee Community College and the Greater Memphis Chamber.  The Award is aligned with the former RIT (Rochester Institute of Technology)/USA Today Quality Cup Team Award and the Malcolm Baldrige National Quality Award.  The Chamber Quality Cup Award is the only non-state Award that is nationally recognized by the Malcolm Baldrige National Quality Award Program in Washington, DC  This Baldrige-based Quality Cup Award honors individual teams within Memphis and the Mid-South region that make an exceptional contribution to their employers’ quality improvement programs and exhibit “best practices” for other organizations to learn from within the Greater Memphis Community.

The awarding of the Chamber Quality Cup Award took place at the HopeWorks Open House held on August 2, 2021.

The Chamber Quality Cup Award was given to Ron Wade, Executive Director of HopeWorks. 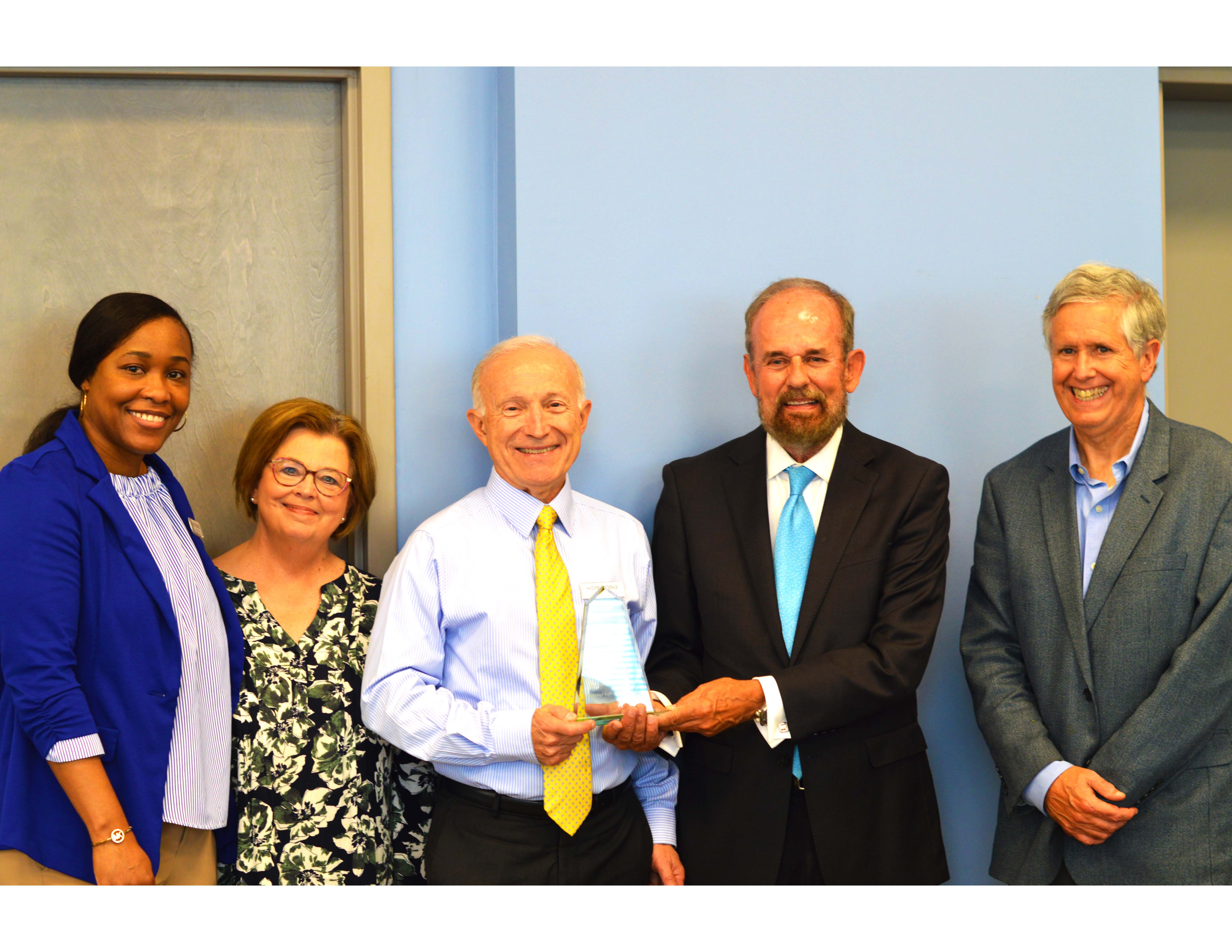 The following people are listed in the Photo from Left to Right as follows: