Formerly known as the Center for Economic Competitiveness, GMERG was launched in 2021 to provide the economic research and insights crucial to growing Greater Memphis and its businesses. GMERG produces a variety of free, on-demand, and commissioned reports through the year, and its research is already transforming how the Chamber recruits talent, businesses, and investment to Greater Memphis. GMERG insights are the basis of the Chamber’s national Memphis Moves business attraction campaign and of its Prosper Memphis 2030 goals for the regional growth of jobs, companies, and STEM graduates. 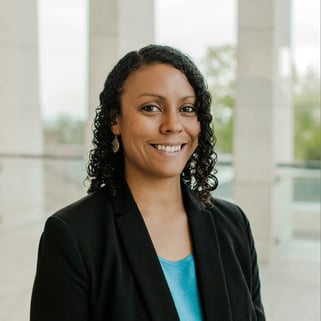 Tecora Murray, previously the research manager for the Center for Economic Research in Tennessee (CERT) at the Tennessee Department of Economic and Community Development (TNECD), will lead GMERG as its executive director.

“Data is the foundation of our work to build a greater Memphis,” said Greater Memphis Chamber President & CEO Ted Townsend. “This name change reflects our goal to provide high-quality economic research that moves our region and businesses forward and helps us market Memphis to the world. And no one is better qualified to lead this expanded research group than Tecora Murray, who worked with me at TNECD to build a research program that has become the envy of other states.”

Before joining the Chamber last year, Murray served six and a half years at TNECD and three years as a research analyst for the Missouri Economic Research and Information Center (MERIC) at the Missouri Department of Economic Development (DED). She has a BA in Political Science (2010) and a Master of Public Administration (2013) from Southern Illinois University Carbondale.

“My goal is to change lives through research,” Murray said. “GMERG is charting the pathway to prosperity for our region and businesses, and I’m honored to be leading this incredible team for the Chamber. Our next step is to build on our successes to make GMERG the region’s go-to data resource.”

“Before companies invest in Memphis, they want the data download on our economy,” Fisher said. “Because of GMERG, we can proudly say we are No. 1 in the nation for our concentration of Black talent in both tech and manufacturing, that we have more jobs in our MSA than ever before, and more. This research gives us a competitive edge as we work to bring in new career opportunities and investment.”

About the Greater Memphis Chamber: One of Memphis’ oldest institutions, dating back to 1838, the Greater Memphis Chamber is a privately funded nonprofit that serves as the region’s lead economic development organization and the “Voice of Memphis Business” on local, state, and national issues. The Chamber’s mission is to relentlessly pursue prosperity for all — through economic and workforce development, pro-growth advocacy, and by providing support and resources to its investors, which include many of the region’s largest employers. For more information about the Chamber, visit memphischamber.com and memphismoves.com. Also, follow the Chamber on Twitter, Facebook, LinkedIn and Instagram, and sign up for its weekly newsletter, Memphis Fourword.