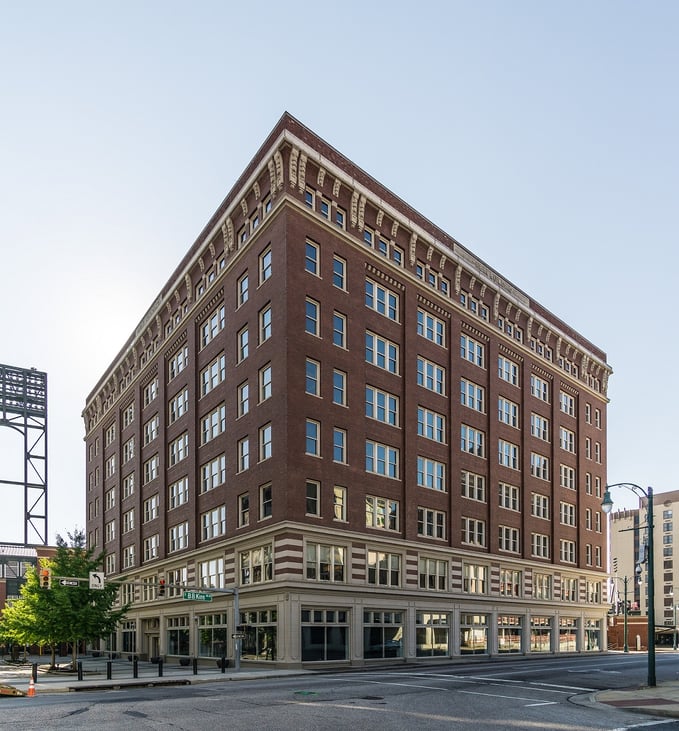 The newest corporate residents of Downtown Memphis will take over 60,000 square feet of space in the Toyota building next to AutoZone Park, soon to be renamed Indigo Plaza.

Earlier this year, Boston-based AgTech startup Indigo Ag housed 70 employees at a small building in Midtown. This summer, they made headlines with a big move to the Toyota Center in Downtown Memphis.

And at a press conference this morning with Governor Haslam and local officials, the company announced their plans to expand on that footprint over the next three years with a $6.6 million investment and more than 700 new jobs in their new space, soon to be renamed Indigo Plaza.

"We chose to establish and grow Indigo's headquarters for North American Commercial Operations in Memphis because of the proximity to our customers and Indigo Research Partners, the pro-business climate, access to world class talent, and the collaborative relationship between state and city government leaders. We are committed to Memphis, a hub for North American agriculture, and we are excited to continue to grow in such an innovative and forward-focused city." - Indigo Ag CEO David Perry

A Natural Match in Memphis

When Indigo began looking for a home for their North American Commercial Operations, stakeholders throughout the community came together to ensure that this creative, innovative company would find the perfect fit in our city.

Not to be understated, Indigo chose Downtown Memphis for the same reason agriculture companies have chosen the same location for hundreds of years - from a Downtown office building, a company like Indigo can literally look out a window to see their clients - farmers - and walk downstairs into a Downtown that is bustling more each day with community, restaurants, and retail thanks to the work of players like the Downtown Memphis Commission. Coming from a headquarters in Boston with hundreds of high-paying corporate office roles to fill, finding a walkable (or Bird-able) urban location was ideal. 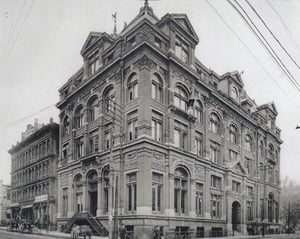 The first Cotton Exchange Building in Memphis, located at 2nd and Court from 1883-85. Starting in 1873, the Memphis Cotton Exchange established uniform rules for cotton trading and provided arbitration services. Historically, it also served as a central location for cotton farmers to bring their harvest to sell to traders who would then sell to textile manufacturers around the world. According to Historic Memphis, the Memphis Cotton Exchange was the "heart of the cotton economy and a place where fortunes were made and lost".

Memphis is strategically located within three hours of every major crop being produced in the U.S., including corn, soybeans, rice, and wheat, four of the primary crops that utilize Indigo's products.

Memphis' central location and robust transportation infrastructure are a benefit to any company, but for Indigo specifically, our city is strategically located within three hours of every major crop being produced in the U.S., including corn, soybeans, rice, and wheat, four of the primary crops that utilize the company's products.

With these factors at play, a real estate search guided by Cushman Wakefield | Commercial Advisors brought Indigo to 60,000 square feet of space in the Toyota Center, in the heart of Downtown adjacent to AutoZone Park. Incentivizing the company to add hundreds of high-paying corporate jobs here was not only supported, but expedited by partners at the State of Tennessee and TNECD, the City of Memphis, Shelby County, and EDGE.

AgTech startups thrive in Memphis with support from partners like AgLaunch, an accelerator dedicated to attracting, creating, and growing AgTech startups through the development of new agriculture and food value-chains and building collaborative farmer networks with a commitment to intentional inclusion.

Indigo's Downtown Memphis location will house key departments, including finance, human resources, legal, general and administrative staff, sales, logistics, IT, R&D, marketing and operations. C-suite and senior executives will also be based here. Ensuring the ability to fill these critical workforce needs brought in partners like the Chamber and WIN.

Ensuring that Memphis can serve as a strong partner to this global company, local partners including the City of Memphis, Memphis-Shelby County Airport Authority, and Memphis Tourism are also strategically seeking new direct, nonstop commercial flights between Memphis International and Boston, the home of Indigo's headquarters.

The Rise of Indigo & AgTech

Indigo had already quietly added more than 100 jobs in Memphis since their move downtown this summer, prior to today's announcement. While it may seem accelerated at the local level, the startup has raised more than $400 million in four years. Indigo's rise represents a steady trend for a changing industry, as global challenges force a new perspective on agriculture production.

Two major factors are driving this change. As food production worldwide is expected to hit record levels over the next few decades, environmental pressures require increasingly sustainable, innovative solutions in general, but especially for an industry that by nature requires a vast amount of natural resources.

Using proprietary technology and data analytics, Indigo maintains a database that tracks which types of microbes promote the highest crop yields. The company sells seeds coated with those microbes to farmers to improve the health of plants and maximize each harvest.

The confluence of these trends has led to the rise of companies like Indigo, ranked one of the Top 25 AgTech Startups by Forbes in 2018 for their work to create more productive crop yields by ensuring that only the most viable seeds hit the soil.

Using proprietary technology and data analytics, Indigo maintains a database that tracks which types of microbes promote the highest crop yields. The company sells seeds coated with those microbes to farmers to improve the health of plants and maximize each harvest. As a result of this additional level of insight, Indigo's products not only increase profits for farmers, they have a positive impact on environmental sustainability and consumer health.

Today's announcement marks a major shift in the map of Downtown and the opportunities available in Memphis,  setting the tone for the renewal of a historic local industry in a new light and a new time.

It takes all of us to move Memphis forward. Click here for more stories on our city's momentum from the Greater Memphis Chamber, the voice of Memphis business since 1838.