The Epic Decision: Its Meaning and Workplace Repercussions

In late May 2018, the U.S. Supreme Court handed down its decision in Epic Systems Corporation v. Lewis, which actually covered three (3) cases presenting the same basic issue: whether employment arbitration agreements that contain class or collective action waivers violate the National Labor Relations Act [NLRA]. This decision in Epic held that such waivers in employment arbitration agreements do not violate the NLRA and are, in fact, enforceable under the Federal Arbitration Act [FAA].

Two of Epic’s holdings were: 1] The right to bring a collective or class action is not considered to be the “concerted activity” protected by the NLRA, and is not a “substantive right” under Section 7 of the NLRA; and, 2] “Congress has instructed federal courts to enforce arbitration agreements according to their terms - including terms providing for individualized proceedings.”  Epic stated that the NLRA secures the employees’ right to organize unions and bargain collectively, but it says nothing about how their workplace disputes must be handled in the courts or arbitration.

For employers in the U.S., Epic allows them to continue using mandatory arbitration agreements that waive collective and class actions and that require employees to proceed individually in the arbitral forum with any workplace complaints. Such employers will be able to avoid facing the huge expense of defending and the possible liability for class and collective actions, as well as to restrict any claims from going to court, and to require the use of the arbitral forum.

The impact of Epic will be felt both immediately and over the long term. First, its immediate effect will be to move to the arbitral forum [or dismiss outright] the employment cases that have enforceable waiver agreements, but are already in courts, and to limit any such cases from proceeding as a class or collective action. In the long term, the waiver of class and collective actions in the workplace will reduce overall the number of employment cases being filed by employees due mainly to there being less financial incentive for plaintiffs’ counsels in single cases versus multiple plaintiff cases.

Possible repercussions in the workplace include federal laws restricting the use of such agreements in certain employment disputes, like sexual harassment. In fact, Congress already has passed legislation preventing the tax write-off of the expense of settling sexual harassment claims if they are made confidential.

Employers who have such arbitration agreements should review them in light of Epic and continue to maintain and enforce them. For employers who do not have such agreements, they should weigh the pros and cons of having employees agree to arbitration and waive class actions. And if they like all the advantages, they should quickly and quietly implement such agreements at work and thereafter avoid the huge costs of facing such group legal actions. 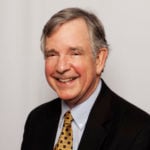