Capitalizing on Momentum in Memphis

Memphis Must Seize This Moment

I have been reading some exciting headlines lately.

Memphis is leading the nation in growth for women-owned businesses.

Memphis was recognized by Time magazine as one of the top five cities for Millennial population growth.

According to the report, the share of the Millennial population - those ages 25-36 - in Memphis grew by 9.5 percent from 2010-2015. In fact, Memphis is part of a larger trend of smaller cities like New Orleans, Austin and Charlotte who are seeing more positive growth gains in the 25-34 demographic than their larger metropolitan peers like New York, Los Angeles and Chicago.

All of this is very positive news for our city because it means that the tide is beginning to turn on our mission of making Memphis an economically vibrant city for all.

Memphis is part of a larger trend of smaller cities like New Orleans, Austin and Charlotte who are seeing more positive growth gains in the 25-36 demographic than their larger metropolitan peers like New York, Los Angeles and Chicago.

There’s a lot of positive momentum right now in our city. In addition to our growing share of young people, we also have unprecedented investment underway in our city core. To the north, The Medical District - anchored by a $1 billion expansion at St. Jude - is on the cusp of a boom. ServiceMaster, Memphis’ fourth largest company, has relocated its corporate headquarters to the heart of downtown Memphis. A plan to activate the city’s riverfront is underway. Next year, two new professional sports teams will join our city’s growing sports culture. Countless business and restaurants are popping up in the Core and across the city.

A partnership with Epicenter - a program funded and launched by the Greater Memphis Chamber Chairman’s Circle - brought AOL founder Steve Case and an actual busload of investors to our city to hear pitches from eight Mid-south-grown startups. At the end of the day, Memphis-based Soundways was awarded $100,000 on the spot and later that amount was matched by Innova. This month, twelve new startups descended on Memphis to participate in the Summer of Acceleration program.

We do not see enough cranes, but we are seeing some impressive progress. Good things are happening in Memphis.

For context, Nashville added more than twice as many people last year as we added from 2006-2016.

Now is the time to take aggressive action to address the looming challenge that can derail all of this positive momentum. To compete with these cities for new investments and jobs, we need innovative steps to retain this swell of young people and to attract even more.

What’s behind our flat growth numbers?

Simply put, we are not attracting enough new, high-paying jobs at a fast enough rate.

To compete with these cities for investments and jobs, we need innovative steps to retain this swell of young people and to attract even more.

If we don’t have the economic infrastructure to match our growing young population, those young people will leave for other cities with high quality, good paying jobs. We can’t afford to squander this opportunity.

What can we do to capitalize on this moment?

First, we have to understand what’s working and what’s not.

An economic ecosystem is complex. There are many parts, pieces, processes and players. But at the end of the day, prospective companies want to go to markets where it is easy to do business - plain and simple. Our goal is that Memphis is at the top of that list. Today, too many opportunities are passing us by and we have to understand what steps we can take - big and small - to change that.

To do that, we have to ask the right questions. 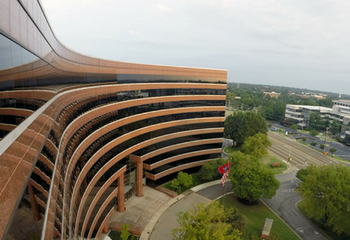 When a new company looks at Memphis for a potential relocation or a local company considers an expansion, why do they chose Memphis? Why do they pass on Memphis? What’s working well today and what’s not? Which industries are seeing growth and which are stagnant? What types of companies are ideal fits for our city’s workforce, available commercial space, etc.? What could we adjust about what we are doing today that could make more companies choose to bring their high paying jobs to Memphis instead of Austin, Charlotte or New Orleans?

These are important questions to answer.

Our Chamber is taking the lead on that right now through a number of tactics.

When a new company looks at Memphis for a potential relocation or a local company considers an expansion, why do they choose Memphis? Why do they pass on Memphis?

We have commissioned an economic competitiveness study conducted by a third party to evaluate our entire system top to bottom and to benchmark our system with our peer cities. From players to processes, this study will tell us exactly how we stack up to the cities we compete with every day for new jobs and investment.

In addition, we are conducting a study with Mass Economics to help us identify target sectors for economic growth potential.

These studies will give us a clear understanding of where we could tweak and adjust what we are doing to help bring more jobs and investment in Memphis.

In addition to the study, we are meeting with community leaders across the city to understand more about how we can best shape the future of economic development. We are bringing together a diverse group of executives to participate in listening sessions to gather more ideas about how we can spur more job growth in our local economy, especially how we can continue to build momentum and capacity for our MWBEs.

We firmly believe we are a stronger community when we share a dialogue and look for ways to improve growth, even when they are incremental steps in the right direction. We appreciate the collaboration and discussion taking place among our local leadership because we know that for good paying jobs and equitable economic prosperity to happen, we have to work together.Phil Trenary is the President & CEO of the Greater Memphis Chamber, the lead economic development agency for Memphis/Shelby County. The Greater Memphis Chamber is a private, non-profit, membership-driven organization comprised of 2,000 business enterprises, civic organizations, educational institutions and individuals.Sources: Bureau of Labor & Statistics; Quarterly Census of Employment Data; Bureau of Economic AnalysisThis post is part of a Chamber series explaining the pieces, players, and processes behind growth in this city. It's an exciting time to be in Memphis - click here to read more and join the conversation.